The meek are already inheriting the world

NOTE; No alcohol was consumed during the formation of our thesis 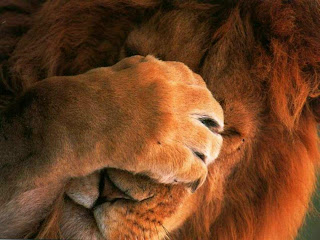 Think about this; women are the only one's who receive training in how to be a good human. They have been throughout history, the one's who raised the children. They are the people who nuture and protect the defenceless. They teach harmony and mandate sharing. They tend to manage the family resources and ensure everyone is fed. Damn good training for running the planet!

The first seminal change was when women got the right to vote. It started in one country but spread like a prairie wild fire and it continues today. Now contemplate this?

The meek are going to inherit the earth

And the meek (women) have been trained to share, nuture, protect the weak, and create harmony. Oh sure, as Robin Williams once said...if women ruled the world, every month we would have a few days of intense negotiations, but then we would all get along like a happy little family. And if a few countries started fighting, I could see them being told to take a time out until they could come out and apologize. Probably get their trading priveliges suspended for a week or two as punishment.

I was going to ask you to keep this secret but upon reflection, it sounds pretty damn appealing. So I say bring it on girls! And while you are at it, you can take over my job as well and I'll stay home with the kids. (ok, my son is at university, but I'm sure I could think of something else to occupy my time, you know like a cold beer on a hot beach) 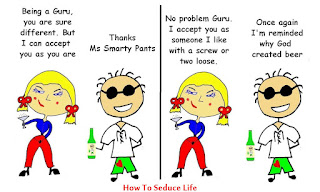 Posted by Guru Eduardo Edward Q McBeth at 11:04 AM