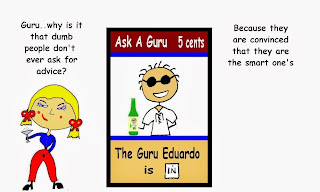 However, what if you were to say something like this.....'I confess that my knowledge of your business needs is very limited.  And I was wondering if you could give me some advice?   What would I have to do to earn your the privilege of doing business with you?    Odds are over-whelmingly strong that she would give you some very valuable advice.

Ben read the book and offered gracious thanks for the favor.  Next, Ben noticed the man softened to him and became even friendly.  So what did Ben do?   He asked him for assistance in developing a bill for Congress   He agreed.   They became friends!

Asking for advice is significantly more persuasive than using pressure tactics.   Also, it doesn't build pressure or leave a sour taste. Also, they will tell you how they like to be sold....isn't that beautiful?   And here is an unexpected bonus for asking for advice....

This is how even an experienced person can level the persuasion table. 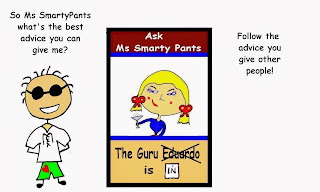 Pssst.....can I ask you for a small favor?   Would you be so kind as to hit the f button below and share this with your facebook friends?   Because it would make me so happy....thanks!


Posted by Guru Eduardo Edward Q McBeth at 8:44 AM