How to be persuasive if you are an introvert? 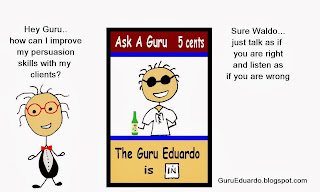 "Fake it till you make it"

I doubt most people that know me today would realize what an introvert I was when I was a kid.   Even now I don't consider myself an extrovert although I have sold millions of dollars of real estate, managed offices and given talks to hundreds of people at a time.   So what is my secret?

Yep, I faked it until I actually got confident and even good at sales, management and public speaking.   I watched friends and people I admired do their thing and then I pretended I was them.   In fact I still do it at times.   And I learned a few little secrets along the way....

People love to talk about themselves...

I started out in life by always asking a lot of questions.   At first it was because I was more comfortable if the spotlight wasn't on me.   Plus we all know how much most people like to talk about themselves, their lives, their interests, ideas and beliefs.  So I didn't have to be a brilliant conversationalist because they were more than happy to carry the conversation.   Turns out there are  a lot of benefits to this approach..

1.   They will tell you how to make them like you.   By asking questions you can find out the similarites you have with them.   The more you have in common the more they tend to like you

2.  They will tell you what they don't like so you know which topics to avoid.

3.  By listening intently like you really care, they assume you do and that helps form an initial liking.

4.  They assume you are smart.   That one still blows me away.   By speaking less and listening intently you have time to reflect on what's been said and are more likely to say things that are perceived as more intelligent than most people.   Extroverts have a tendency to shoot from the lip too much and often shoot themselves in the foot occasionally.  Quieter people are assumed to be deeper thinkers (and often are).

5.  You can pick up clues to mirror the other person.  Tone and speed of voice and even breathing patterns.   You can watch for body language and mirror that as well.

6.  You can repeat back some of things they said and then they really start to like you.

7.   And finally when they come up for air, they are more likely to listen to your persuasion.  For most people if they've talked 4/5 of the time, they feel obligated to give you time to say something and might actually listen to you.

Here is your take away...

Fake it till you make it because it works! 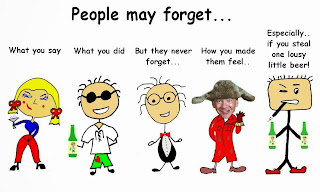 Posted by Guru Eduardo Edward Q McBeth at 8:45 AM