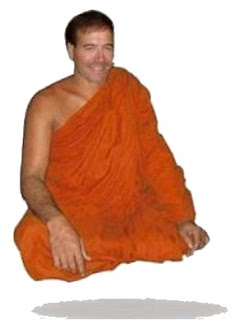 A small group of followers had gathered to hear the great Guru Eduardo speak (don't laugh it could happen).

The Guru paused for dramatic effect and then asked his students , "What did you learn from my brilliant demonstration?"

Ms Smarty Pants was sitting in the back, bounced to her feet with her hand waving and with great conviction and the pride that comes from the certainty she was right said, 'As long as you drink, smoke and eat chocolate, you won't have worms!'"


Pssst...if you'd like to share this beautiful story with your Facebook friends, just hit the f button below.
Posted by Guru Eduardo Edward Q McBeth at 8:30 AM