Chapter 1 How to Seduce Life....Confessions of a Seducer 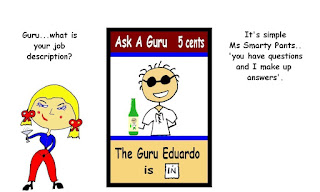 I’m a seducer not a fighter!


One of the most persistent metaphors for success is that of a warrior. It sure sounds noble to charge out there and conquer life. To overcome every obstacle and defeat any foe. To never back down from a fight, and through sheer will power to impose your intentions on the world. The problem is that for me it just doesn’t work, as it doesn’t for millions of others. For we are the lovers not the fighters. So what are we supposed to do?

As epiphanies go that was one of my favourites….to seduce life. I’m a big fan of seduction. The whole idea excites me. To seduce life is to entice life to give you back what you want freely and lovingly. It requires a whole new skill set, but it sure sounds like fun doesn’t it? Admit it, wouldn’t it be great to have success and happiness given to you instead of having to take it or conquer it? Now that I think about it….that’s a seductive thought!

“nothing is good, bad or funny, but thinking makes it so”

Before all of you warriors come looking to impose your will on me for a perceived attack on your philosophy let it be known I’m okay with you guys. I really don’t care how you conduct your affairs. It’s just not for me and my tribe. While you are out conquering your worlds, we seducers will be out seducing ours.

“what would it benefit a man if he conquered the world but didn’t have any fun doing it?”


Seducers don’t see any benefit in delayed happiness. As I said earlier, delaying everyday happiness until the goal is achieved is pretty much like delaying sex until you are old. Life is too important to be taken seriously by us. Warriors as everyone knows are very serious on the path to victory, seducers not so much. In fact seriousness is terminal to us. If you see us being serious it’s probably just a game we are playing to mess with you. (big secret….we love messing with warrior’s heads).

The reason so many people aspire to be warriors is because that is what they were taught by parents, teachers and self-help gurus. It is one way to win but it’s not the only one. In this book I will attempt to show you a better way to play the game of life. It’s a lot more fun, easier, plus the results can be even better than the warrior game. The really great seducers understand the importance of playing the game under their own rules. They are constantly searching for ways to amp up the fun. Seducers love surprise and unpredictability because they are as flexible as a breeze.


“you deserve a life of pleasant surprises and gifts, and that is what I promise to share in this book”

Like most of us you were probably taught that life is hard and difficult and then you die. Perhaps it’s time for a change of pace, time you joined us seducers who believe that life was meant to be fun, easy and overflowing with abundance. 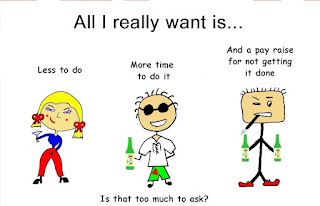