How to be thought as intelligent 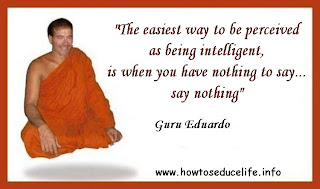 When I was a young man in the Navy I was quite shy in any group.   I would hold back from saying anything for not wanting to draw attention to myself.   One day one of the older sailors said to me...oh yeah Ed how did  you get to be the smart one?  That floored me because I had no idea my ship mates thought of me as intelligent.

I came to realize the because I said so little in a group setting and waited until I had something worthwhile that it caused them to think of me as intelligent.   That lesson has always stayed with me...to try and not babble on like a fool.    Now don't get me wrong I am still capable of a little foot in mouth disease but not often.

"The harder you try to impress, the more you diminiss yourself"

Trying to impress is the 'warrior way'.    You can't seduce someone by saying ...look at me I'm great!  Truth is we are more impressed by those who are impressed with us.  And that is the 'seducer way'.  We like those that like us and those that love themselves a little too much turn us off.   It's better to share the spotlight then try to hog it.

Seducers have an unfair advantage because they know that a little silence goes a long way.   Seducers know that the fun in seduction is to make it  fun for others.   And you can't do that if you make it all about you. 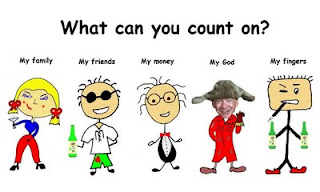 Posted by Guru Eduardo Edward Q McBeth at 9:45 AM